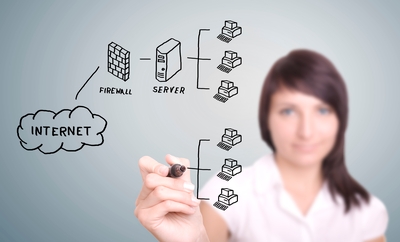 Ascend brings the best of IT Infrastructure Solutions & Services to its customers. Starting from extensive Core Routing services and solutions for carriers to selective and unique solutions for the enterprize and the SMB customers Ascend has expertise to deliver it all. Ascend partneres with industry leaders such as Cisco, VmWare, EMC, HP and Dell to deliver solutions that focus on the overall productivity, imporved efficiency and enhanced security of IT landscape. Ascend being your One Source for all IT infrastructre needs, has the experience, technical expertise and resources to prepare, plan, design, implement and operate your IT environment in the most cost effective way possible.

With the demand for bandwidth increasing at an extraordinary pace the Networking Industry was challenged to develop a new generation of very high end routers to deliver the next generation of services required by the carriers. Cisco has excelled and come up with an array of solutions in response to that challenge in the form of very high capacity routers (CRS-1 and ASR), Optical Networking Solutions and more importantly integrating crucial aspects of optical transport into its routers with the use of IPoDWDM. Ascend’s management was involved in designing and integrating those crucial pieces of technology. To learn more about Ascend’s expertize, services and solutions in this space please visit our Carrier Class Solutions page.

Cloud computing requires a complete revamp of data centers. Three companies VMWare, Cisco and EMC have decided to define the next generation data center and have formed an alliance referred to as VCE alliance. Ascend has strategically aligned itself and is has partnered with all the players of this alliance. To learn more about our solutions in this space based on Unified Computing System (UCS) from Cisco, Virtualization from VMWare and storage from EMC please visit our VCE based data center solutions page.

Maintaining Reliable and Robust data networks without unnecessary congestions and downtimes continues to be a challenge for most businesses and network administrators today. Ascend understands these challenges and recommends solutions tailored to the size of the enterprise. Integrated services a confluence of many latest technologies (Data, Voice, Security) ect is a big trend in the solutions market and addresses some of the genuine challenges of networks. Ascend recommends these solutions for its customers as they reduce the complexity of networks and makes management a lot easier. For some customers though discarding the existing infrastructure is a rather painful or sometimes a non option. In such cases Ascend recommends a slow migration that result in better ROI and reduced total cost of ownership.

The networking requirements and expectations from Servers have increased drastically. Even the smallest of businesses these days tend to host servers for various applications. Ascend does a detailed analysis of the server requirements for its customers and recommends from vast array of Server Solutions specifically tailored to Customers Needs. Ascend represents large manufacturers like HP, Dell, SuperMicro in this space but also does custom servers on an as needed basis.

Phone System and a “reliable” phone system is a lifeline of any business. With the introduction of VoIP, voicemail integration, unified communications and hosts of features into the simple phone system of the yester years, it is not a simple decision to make for the business owners. Ascend helps the decision makers by understanding their requirements and expected growth and recommends the most suitable solution. Solutions that make the office operations simple. Unified communications again is the trend, but not for every business and Ascend helps the decision maker in choosing from the best manufacturers like Cisco, Avaya, Toshiba or more affordable ones like asterisk etc. For larger enterprises with multiple Geographical locations, Ascend does an extraordinary job of deploying Cisco Call Manager as its solution of Choice.

Wireless services are becoming a must have part of the IT infrastructure of almost all SMB and Enterprise environments. For most part Ascend offers its solutions as a part of its Integrated Services suite. Depending upon the setup at the client, Ascend offers isolated Wireless solutions and integrates with their data network. Solutions are based on mostly the Cisco’s Aeronet controllers.

Ascend provides security solutions based on Security at each layer and device approach. From spam filtering to the most robust forms of security using Cisco, Juniper and Sonic Wall Firewalls, Ascend does it all. Ascend also works with third party companies to do the penetration testing to make sure that work done by Ascend brings the optimal amount of security desired by the clients.

Storage both from a business perspective and from legal necessity are one of the most fundamental requirements of any infrastructure. Ascend provides its clients a wide variety of solutions from remote backups to the most advanced forms of storage like Tape Libraries, SAN and NAS devices from a wide variety of manufacturers Like HP, DELL and EMC.

The move towards virtualization is probably the fastest technology trend. The ROI provided by the solutions in terms of containment of server sprawl, savings on power and cooling is so compulsive that even in difficult economic times, it tops the list of choices of key decision makers. Ascend works excessively with VMWare and also offers Microsoft’s Hipervisor to Clients who are deep into the MS space.

High speed broad band which is directly connected to Network congestion in and out of corporate networks is an area that our clients seek a lot of help. Ascend works with lots of ISPs like Cbeyond, Covad, Cogent, Qwest and recommends High Speed Services from basic DSL to very high bandwidth OC3/OC12 links.

Last but not the least, reliable power backups and graceful shutdown mechanisms are one of the most important but oftent ignored components of a corporate network. Ascend represents manufacturers to provide the best power backup and monitoring mechanisms tailored to clients requirements.
Please email or call us for free assesments, initial consultations on your current and future projects.